Pilgrims up till the Middle Ages

The first recorded pilgrim to the Holy Land was a bishop named Mileto, from Sardis in Asia Minor, around AD 160. The 4th-century Church historian Eusebius relates that Bishop Mileto visited the holy places “where the Scriptures had been preached and fulfilled”.

What follows on this page are glimpses of the experiences of some of the men and women, both ancient and modern, who have followed Melito’s example. Their words may inspire you to visit the Holy Land — or enable you to make a virtual pilgrimage.

Pilgrims up till the Middle Ages

• The anonymous Bordeaux Pilgrim of AD 333 (so-called because his itinerary began at Bordeaux in France), in the earliest surviving description of a Christian traveller in the Holy Land, visits the place of Christ’s crucifixion and Resurrection:

“On the left hand is the little hill of Golgotha where the Lord was crucified. About a stone’s throw from thence is a vault wherein his body was laid, and rose again on the third day. There, at present, by the command of the Emperor Constantine, has been built a basilica, that is to say, a church of wondrous beauty, having at the side reservoirs from which water is raised, and a bath behind in which infants are washed [baptised].” More >> 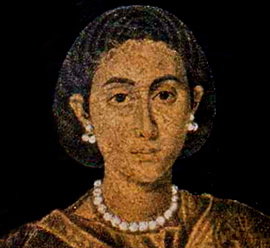 • The ever-enthusiastic and energetic Egeria (around 384), possibly a consecrated virgin from Spain, was a woman of unbounded curiosity, whose guidebook was her Bible during a three-year pilgrimage. Here she climbs stone steps up Mount Sinai:

“They are hard to climb. You do not go round and round them, spiralling up gently, but straight at each one as if you were going up a wall, and then straight down to the foot, till you reach the foot of the central mountain, Sinai itself. Here then, impelled by Christ our God, and assisted by the prayers of the holy men who accompanied us, we made the great effort of the climb. It was quite impossible to ride up, but though I had to go on foot I was not conscious of the effort — in fact I hardly noticed it because, by God’s will, I was seeing my hopes coming true. So at ten o’clock we arrived on the summit of Sinai, the Mount of God where the Law was given, and the place where God’s glory came down on the day when the mountain was smoking. The church which is now there is not impressive for its size (there is too little room on the summit) but it has a grace all its own. And when with God’s help we had climbed right to the top and reached the door of this church, there was the presbyter, the one who is appointed to the church, coming to meet us from his cell. He was a healthy old man, a monk from his boyhood and an ‘ascetic’ as they call it here — in fact just the man for the place.” More >> 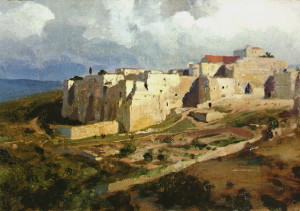 • The aristocratic Roman widow Paula, who travelled to the Holy Land with her daughter Eustochium in the 4th century, contrasts the wealth of Rome with the poverty of Bethlehem:

“Where are spacious porticoes? Where are gilded ceilings? Where are houses decorated by the sufferings and labours of condemned wretches? Where are halls built by the wealth of private men on the scale of palaces, that the vile carcase of man may move among more costly surroundings, and view his own roof rather than the heavens, as if anything could be more beauteous than creation? . . . In the village of Christ . . . all is rusticity, and except for psalms, silence. Whithersoever you turn yourself, the ploughman, holding the plough handle, sings Alleluia; the perspiring reaper diverts himself with psalms, and the vine-dresser sings some of the ballads of this country, these are the love-songs, as they are commonly called; these are whistled by the shepherds, and are the implements of the husbandman. Indeed, we do not think of what we are doing or how we look, but see only that for which we are longing.” More >> 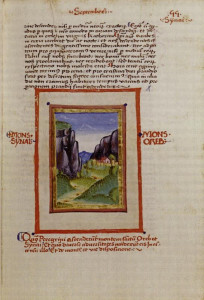 • The German Dominican friar Felix Fabri, on the first of his two pilgrimages to the Holy Land in 1480, gets his first glimpse of Jerusalem:

“Casting our eyes to the right, lo! like a flash of lightning the oft-mentioned and oft-to-be-mentioned holy city of Jerusalem shone forth. The part of it which we saw was that which adjoins the Mount Sion, and we saw the holy Mount Sion itself, with all its buildings and ruins. Above all we saw the citadel of Sion, fortified with exceeding strong walls and towers, in such a clear light that the lofty walls and towers of the citadel seemed to enclose the whole city, and the pilgrim, or stranger who had never seen Jerusalem could not but think that the walls of the citadel of Sion were the walls of Jerusalem, which however is not so. When we beheld with our eyes the long-desired holy city, we straightaway dismounted from our asses and greeted the holy city, bowing our faces to the earth . . . .” More >> 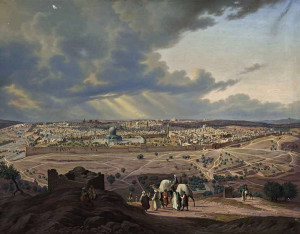 • Patty Parma, a licensed professional counsellor from San Antonio, Texas, discovers in 2004 that there are Living Stones as well as ancient stones in the Holy Land:

“As I met the Palestinian Christians in places such as Jerusalem, Bethlehem, Mount of Beatitudes, and Birzeit, I met the Living Stones. Their faith is ancient and rock solid. In their eyes, I saw the wisdom of Christ; in their hearts, the love of Christ; in their spirits, the peace of Christ. I returned from the Holy Land with my bags filled with the weight of many ancient stones. I expected that. What I had not anticipated was returning home with a heart filled with Living Stones.  These Stones are not a weight, but a joy that lifts my spirit and brings a smile to my heart.” More >>

• David Guthrie, moderator of Plymouth Church in downtown Seattle, Washington, is inspired by the Sea of Galilee during a 2005 pilgrimage: 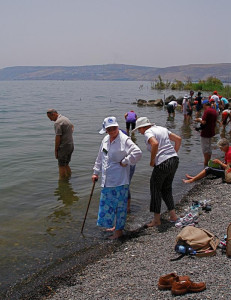 Pilgrims dipping their toes in the Sea of Galilee (Seetheholyland.net)

“I simply cannot put into words how inspired I was to see, feel, and wiggle my toes in the Sea of Galilee. Just to imagine this was once the stumping ground of Jesus and his disciples. This was where Jesus fed the thousands with the miracle of the loaves and fish. This was where Jesus walked on water, called Peter, James and John, told them to cast down net even after fishing nothing for all night, pronounced Peter as the head of the Church, and fed them breakfast after the resurrection.” More >>

• Pilgrimage leader Günther Simmermacher, editor of The Southern Cross newspaper in Cape Town, South Africa, reflects on being a pilgrim during a 2006 visit to the Holy Land:

“At its core, a pilgrimage is a journey to God. But even as all pilgrims share a common itinerary, each one’s route takes unique twists and turns. Graces can be found at unexpected moments: through an accident, a bidding prayer, a sudden spiritual emotion, a moment of illumination, a poignant homily, the experience of receiving the Body of Christ in a special place, in sharing moments with fellow pilgrims who only days before were perfect strangers, even in the vexing snores of a roommate.” More >> 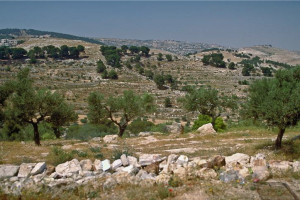 Olive trees on the Judean Hills (© Israel Ministry of Tourism)

• New Zealand author Joy Cowley, during a pilgrimage in 2007, discovers a new dimension to the Holy Land:

“Christians in Israel call the Holy Land ‘the Fifth Gospel’. They say that Jesus speaks through the landscape, thus opening up the other four Gospels. We found this true in ways we’d not expected.” More >>

• Heather Zempel, pastor of discipleship at National Community Church in Washington, DC, describes “The Lost Art of Pilgrimage” following a visit to the Holy Land in 2009:

“Two Presbyterians, an Episcopalian, a Lutheran, a Baptist, and a rapper named SaulPaul board a plane —sounds like the beginning of a bad joke, doesn’t it? And yet my travels with this eclectic band of sojourners may have forever changed the trajectory of my own faith journey . . . . Everywhere I travelled, I was drawn into the massive adventure that God is writing. I was overwhelmed by the magnitude of the Story, but I was also able to ponder my role in God’s epic, and I can pass my own tales of spiritual journey to the next generation.” More >> 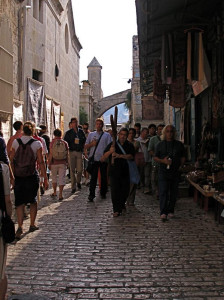 Pilgrims on the Via Dolorosa (Seetheholyland.net)

“Like pilgrims since the time of Constantine, we travelled to the Holy Land to experience a renewed call to discipleship by walking in the footsteps of Jesus. We visited places like Capernaum, Mount of Beatitudes, Tabgha, Caesarea Philippi, Nazareth, Bethlehem, the Old City of Jerusalem, Stations of the Cross on the Via Dolorosa, Church of the Holy Sepulchre, Temple Mount, Jordan River, Mount of Olives, Gethsemane, Garden Tomb, and the Dead Sea. We visited these holy sites with our spiritual eyes and ears open, expecting that Jesus would meet us in fresh and new ways, and indeed he did.” More >>