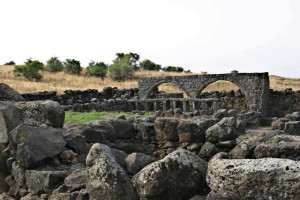 The ruins of Chorazin, one of the three Galilean cities cursed by Jesus, look down on the northern end of the Sea of Galilee.

Residents of Chorazin lived within sight of Bethsaida and Capernaum, two of the other cities in what has become known as the “evangelical triangle”, because most of Jesus teachings and miracles occurred there.

All three — more likely villages than cities — incurred Jesus’ condemnation (“Woe to you, Chorazin!”) because their people did not accept his teachings and repent (Matthew 11:20-24).

Chorazin (also spelt Korazim) is 3.5 kilometres due north of the Mount of Beatitudes. Jewish writings say its wheat was of exceptional quality.

The town expanded considerably after Jews were expelled from Judea in AD 135, but Eusebius around 330 described it as being in ruins, apparently following an earthquake. Life returned over the next 100 years, when the synagogue was rebuilt, until the 8th century.

Settlement was resumed in the 13th century and a small population remained until the beginning of the 20th century, when the site was abandoned.

Synagogue with Seat of Moses 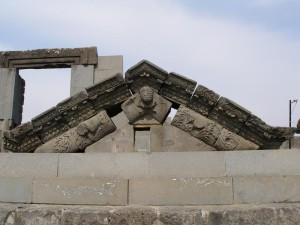 The remains of an elaborate synagogue are a striking feature of the ruins of Chorazin. It was rebuilt in the 3rd or 4th centuries, when the town was thriving.

Constructed of local black basalt stone, the synagogue stood on an elevated area in the centre of the town. A broad staircase led to its façade, which faced south towards Jerusalem.

It had one large hall, with stone benches around the walls for the community to sit during services. The absence of an upper gallery for women suggests the sexes were not segregated at the time it was built.

An unusual find in the ruins of the synagogue was the Seat of Moses, carved out of a single basalt block, from which the Torah would have been read. On its back was an inscription in Aramaic. The original seat is in the Israel Museum in Jerusalem but a copy remains in the ruins at Chorazim.

Decorations carved in the stone include Jewish motifs, geometric designs and patterns incorporating local flowers and animals. The construction methods showed that the builders were skilled in using the basalt stone, which was brittle and easily broken.

Near the synagogue is a ritual bath (mikveh). To the east of the synagogue are two large buildings, dating from the 4th century, which each probably housed an extended family. The rooms were entered from a large cobblestone courtyard. 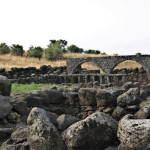 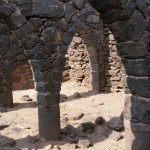 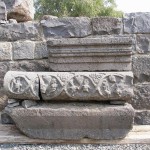 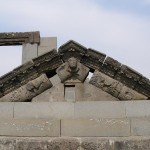 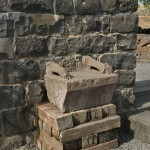 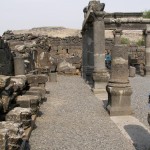 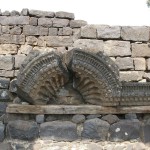 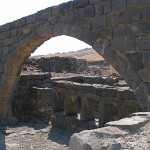 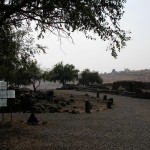 Entrance to ruins of Chorazin (Seetheholyland.net) 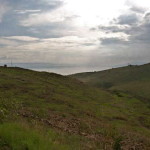 View of Sea of Galilee from western end of Chorazin (David Q. Hall) 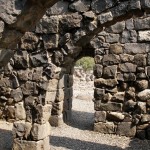 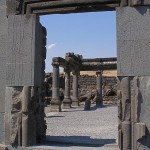 Doorway to synagogue at Chorazin (Seetheholyland.net) 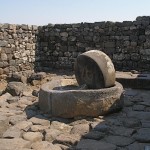 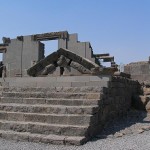 Steps in front of synagogue at Chorazin (Seetheholyland.net) 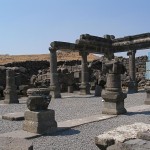 Inside synagogue at Chorazin (Seetheholyland.net) 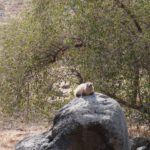