Looking south-east from Bethlehem, the skyline is dominated by a volcano-shaped mountain on which Herod the Great built the fortress-palace he dedicated to himself.

Constructed within two huge concentric walls, the seven-storey Herodium palace was “private, intimate, exotic and protected”, according to archaeologist Ehud Netzer — who in 2007 announced he had discovered Herod’s long-lost tomb on the mountain’s north-east slope.

But to the Bethlehem parents whose infant sons Herod had massacred in a desperate attempt to eliminate the newborn “King of the Jews”, the presence of Herodium less than 6 kilometres away would have been a daily reminder of the king’s brutality. 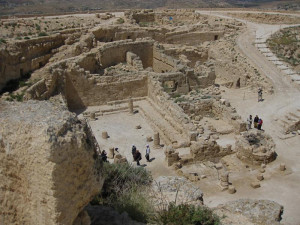 The “Massacre of the Innocents”, following the visit of Wise Men from the East to pay homage to the baby Jesus, is recorded only in Matthew’s Gospel.

Other sources record that the murderous Herod had two of his sons strangled, executed one of his 10 wives for treason, killed numerous in-laws and on his deathbed ordered his eldest son beheaded.

Herod, who ruled Judea on behalf of Rome from 37 to 4 BC, was also a man of great architectural vision. His projects included the Second Temple in Jerusalem, the desert fortress of Masada and the city and massive harbour works at Caesarea.

He chose the site of Herodium because it was near the scene of a crucial battle victory against a bitter rival, Antigonus, the last Hasmonean king.

Construction of Herodium began around 25 BC. Using thousands of slaves, Herod reshaped the summit of the hill to create an almost impregnable pleasure palace, the third largest in the Roman world. 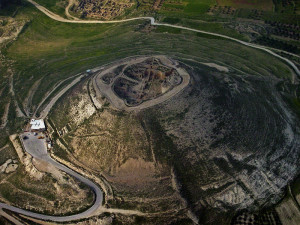 The historian Josephus described it as “a hill raised to a height by the hand of man and rounded off in the shape of a breast . . . . Within it are costly royal apartments made for security and for ornament . . . .”

At its base stood a small city. Its architectural focus was a huge artificial pool, more than twice the area of a modern Olympic swimming pool, and deep enough to accommodate boats. An aqueduct brought water from spring nearly 6 kilometres away.

Four towers gave a commanding view of the Judean desert and as far as the Dead Sea and the mountains of Moab. Using mirrors to reflect the sun, Herod could convey messages from Jerusalem to Herodium to Masada.

Grave was undiscovered until 2007

After Herod’s time, the Romans used the fortress against the insurgents during the First Jewish Revolt in AD 70. In AD 132-135 the Jewish Zealot leader Bar Kokhba converted it into his headquarters in the Second Revolt. 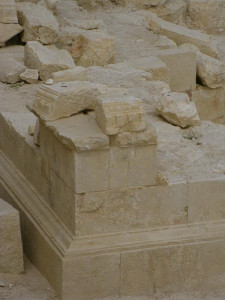 In succeeding centuries, the abandoned Herodium was occupied by monks. In the lower part, three different churches have been excavated, all with mosaic floors.

The location of Herod’s grave continued to puzzle archaeologists until 2007. Thirty-five years after he began excavating Herodium, Ehud Netzer of the Hebrew University of Jerusalem reported success when he and his team uncovered pieces of a large sarcophagus made of pink Jerusalem limestone and decorated with expertly carved floral motifs.

These were found among the ruins of a lavish, two-storey mausoleum about 25 metres high.

“The location and unique nature of the findings, as well as the historical record, leave no doubt that this was Herod’s burial site,” Netzer told reporters.

While continuing excavations, Netzer suffered fatal injuries when a wooden railing at the site gave way in October 2010.

The massacre of the Innocents: Matthew 16-18 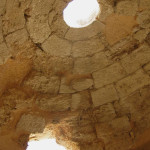 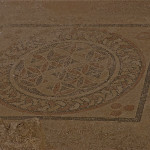 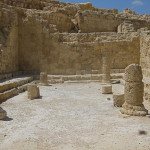 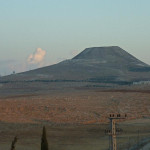 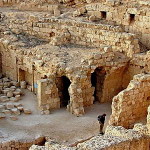 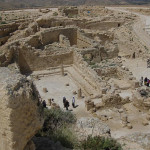 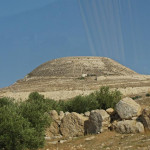 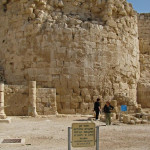 Round tower and courtyard garden at Herodium (Yehudit Garinkol / PikiWiki) 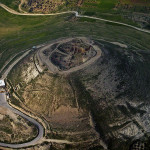 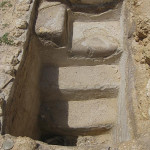 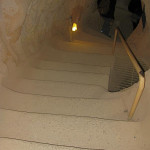 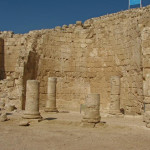 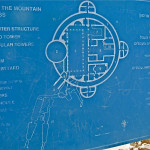 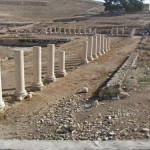 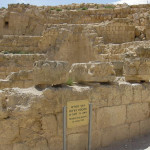 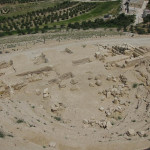 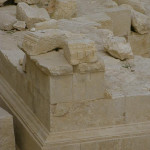 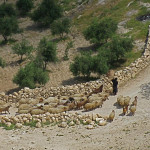 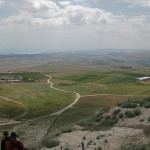