A golden dome, marble walls, granite pillars and manicured gardens cascading down a slope of Mount Carmel make the Baha’i Shrine in Haifa a spectacularly colourful attraction for visitors. 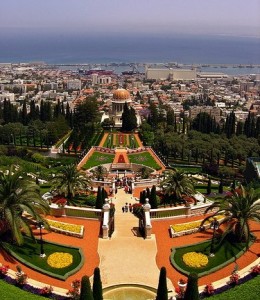 The shrine is the world headquarters of the Baha’i faith, a monotheistic religion committed to the unity of humanity and the fundamental oneness of all religions.

The shrine, built in 1953, contains the remains of Siyyid Al Muhammad (1819-50). Known as the Bab, he is revered as the prophet-herald of the Baha’i faith.

The shrine’s nine sides represent the nine major religions of the world. Its dome is covered with 14,000 gold-coated bricks.

Around the shrine are several other buildings of classical design, including the Universal House of Justice, the seat of the Baha’i governing body.

The shrine and its elaborate gardens are an important place of pilgrimage for Baha’is, who number more than 5 million worldwide. They also attract many tourists. 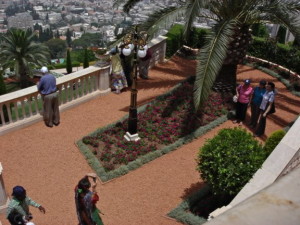 The terraced gardens surrounding the shrine were designed by Iranian architect Fariborz Sahba and inspired by doctrines of the Baha’i faith. They are often called the Hanging Gardens of Haifa.

There are 19 terraces, one for the Shrine of the Bab and the remainder representing the Bab’s first 18 disciples.

The gardens are designed in nine concentric circles resembling waves extending out from the shrine. They include works of stone and metal as well as fountains, shrubbery and expansive lawns.

The irrigation system is computer-controlled. The computer operates hundreds of valves to distribute water throughout the gardens by sprinkling and dripping, based on meteorologic data it receives. The irrigating is done at night and in the early morning, to avoid wasting water by evaporation.

Siyyid Al Muhammad, whose remains are in the Baha’i Shrine, is regarded as the forerunner of the Baha’i faith. In 1844 he proclaimed the imminent arrival of the Promised One, a messianic figure expected by Shi’a Muslims in Persia, and he became known as the Bab (the “Gate” in Arabic). 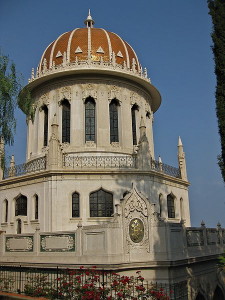 He and his followers were persecuted and the Bab himself was executed by a firing squad in 1850. His remains were later brought secretly to Israel and were interred in the Mount Carmel shrine.

The Baha’i faith was founded by the Bab’s chief follower, Mizra Hussein Ali, who in 1863 claimed to be the Promised One. He became known as Bahá’u’lláh (“Glory of God”).

Bahá’u’lláh’s insistence that diversity of religion should cease and differences of race be annulled inevitably provoked violent opposition. He was expelled from Tehran and in 1868 the Ottoman penal colony of Akko (now Acre) became his final place of exile. He died there in 1892.

Baha’is believe in one God and emphasise the spiritual unity of all humankind. They see Abraham, Jesus, the Buddha and Muhammad as messengers whose teachings were fulfilled by Bahá’u’lláh’s life and work. 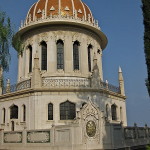 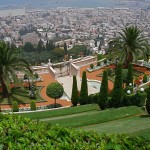 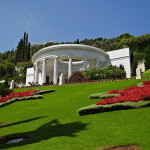 Center for the Study of Texts (© Deror Avi) 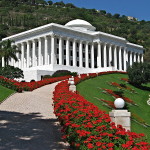 Seat of the Universal House of Justice 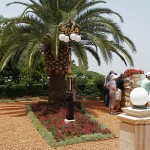 Palm tree near the entrance to the Baha’i Shrine (Seetheholyland.net) 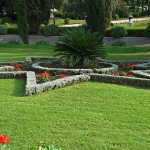 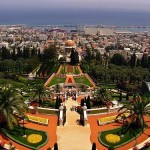 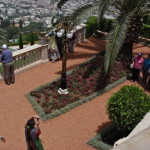 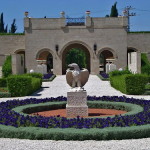 Garden below the entrance to the Baha’i Shrine (Oliver McCloud) 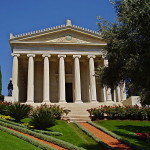 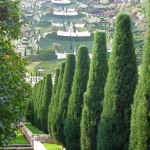 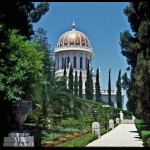 Shrine of the Bab (© Israel Ministry of Tourism)