The caves of Mount Carmel were well known to Elijah, the Old Testament prophet. Here he sometimes lived — and sometimes had to hide. 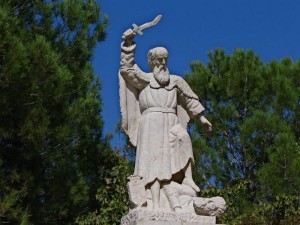 On the northern slope of Mount Carmel, near the Haifa beach, is a cave where the prophet is believed to have meditated before his fateful encounter with the priests of Baal.

In this encounter, described in 1 Kings 18:1-40, Elijah issued a challenge to 450 pagan priests. Before an assembly on the summit of Mount Carmel, he called on the priests to seek fire from their god Baal to light a sacrifice.

When Baal failed to respond to their pleading, Elijah rebuilt the ruined altar of the Lord and offered his own sacrifice. Immediately fire from heaven consumed the offering, even though it had been soaked in water.

Elijah’s Cave can be approached by stairs from Allenby Road, near Haifa’s cable car. It is also accessible down a steep path from the Carmelite church on Stella Maris Road. 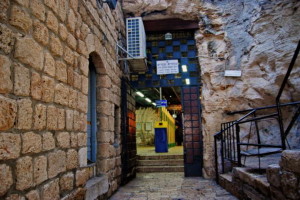 The cave, about 14 metres long, is situated in a residential dwelling. It is open to the public, with separate areas for males and females. Adjacent buildings served as a hostel from the late 19th century.

Elijah is venerated by Jews, Christians, Muslims and Druze, all of whom come as pilgrims. Writings left by pilgrims in past centuries can be seen on the cave walls.

Curative properties have been ascribed to the cave over the years, including the curing of mental illnesses.

Possible site of ‘school of prophets’

Among the traditions associated with the cave is that Elijah hid here from the wrath of Jezebel, who had introduced worship of her Phoenician god Baal to the land. 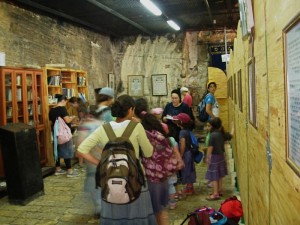 It is also thought that Elijah established a “school of prophets” here on his return from exile at Mount Sinai. If so, this would be where his successor Elisha, among others, studied.

No Old Testament prophet is referred to as frequently in the New Testament as Elijah. Both Jesus and John the Baptist were on occasions thought to be reincarnations of Elijah.

A small cave under Stella Maris Monastery, at the western edge of Mount Carmel, is held by a Christian tradition to be a place where Elijah also occasionally lived. 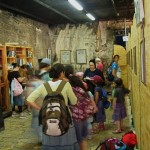 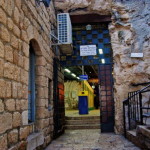 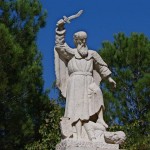 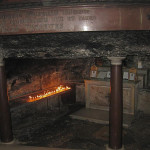 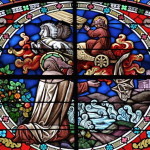 Stained glass window in Stella Maris Monastery showing Elijah going up to heaven in a chariot of fire (© BibleWalks.com) 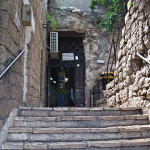 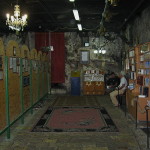 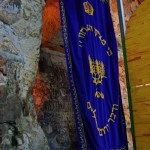 Cavity shared by both wings of Elijah’s Cave, where a person can pray in solitude (© BibleWalks.com) 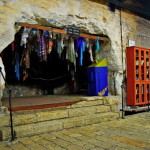 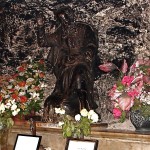 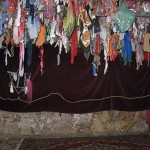 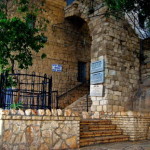 Yard in front of entrance to Elijah’s Cave (© BibleWalks.com)