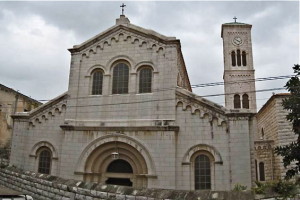 A fond tradition asserts that the Church of St Joseph in Nazareth is built over the carpentry workshop of the husband of the Virgin Mary.

But there is no evidence that the cave over which the church is built was Joseph’s workshop. Even if this is the site of the Holy Family’s home, the cave is unlikely to have been a carpentry workshop in the modern sense.

The Gospels use the Greek word tekton, meaning builder or artisan, to describe Joseph. He most likely worked with both stone and wood, since stone was the common building material in the area.

Joseph’s work may have taken him away from his home. A likely place of employment was the Roman city of Sepphoris or Tzippori, which was being rebuilt by Herod Antipas at the time the Holy Family arrived from Egypt. The building site was a 50-minute walk from Nazareth. 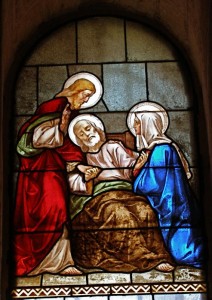 The Church of St Joseph was built in 1914 on the remains of a Crusader church and over a cave system. The first mention of the site occurs in the work of a 17th-century Italian writer and Orientalist, Franciscus Quaresmius, who described it as “the house and workshop of Joseph”.

A stairway in the church descends to a crypt where caverns can be seen through a grille in the floor. Seven further steps lead to a 2-metre square basin or pit with a black-and-white mosaic floor. This is believed to have been a pre-Constantinian Christian baptistry, perhaps used as early as the 1st century.

Beside the basin, a flight of rough steps leads down to a narrow passage which, after turning 180 degrees, opens into an underground chamber 2 metres high.

Off this are openings to grain silos and water cisterns, cut into the soft limestone rock by early dwellers. Such underground repositories were typical of ancient Nazareth. 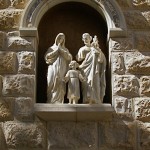 Statue of Holy Family at Church of St Joseph (Seetheholyland.net) 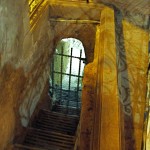 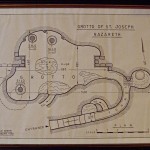 Plan of grotto under Church of St Joseph (Seetheholyland.net) 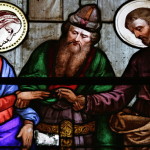 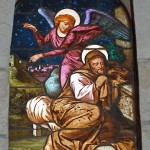 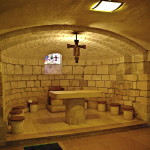 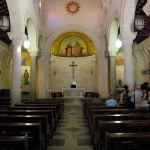 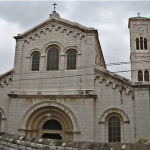 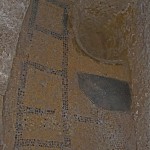 Baptismal basin in grotto of Church of St Joseph (Seetheholyland.net) 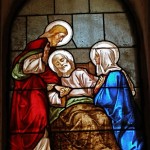 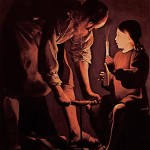