When should I go?

Am I fit enough

Most of the countries of the Holy Land are best visited in autumn (September to November) or spring (March to May). Summers can get extremely hot and winters can be very cold, especially at night. 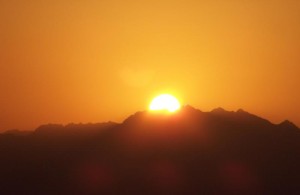 Summers in the Middle East can be very hot (Steven Straiton)

Israel and Palestine bask in a warm Mediterranean climate for much of the year, but winter (November to March) can be cold and rainy, with even snow in the highlands (that includes Jerusalem).

Summer throughout the Holy Land is hot and dry, but daytime temperatures of 40-plus degrees Celsius often fall sharply at night.The following PDF documents outline maximum and minimum temperatures, month by month, in:

Some religious holidays, such as Easter, Passover, Rosh Hashanah, Yom Kippur and Sukkot (the dates vary each year, but see link below) attract large numbers of pilgrims to Israel. Accommodation prices double, shops and restaurants close and public transport ceases. 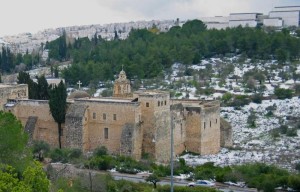 During Ramadan, the month when Muslims fast from dawn to sunset, many cafes and restaurants in the Middle East close and business hours can be erratic. In Muslim areas, eating or drinking in public during the fasting hours should be avoided.

Am I fit enough?

Going with a pilgrimage group to the Holy Land usually involves a lot of walking around holy places and ancient sites each day. The terrain is often stony and irregular, and the weather is usually hot.

That’s the bad news. The good news is that the buses and hotels are air-conditioned and comfortable, and the pace is usually not too brisk. If you need to rest, you can skip a site (or an entire day).

To prepare for the trip, you should do some walking during the two months before departure. Get used to walking 800 metres (half a mile) at a time.

If you are buying new shoes for the trip, wear them for a few weeks before departure so they are broken in and you are comfortable walking in them.

If in doubt about your fitness, show the proposed itinerary to your doctor.

It’s usually the bad news that gets reported. Daily life in the Middle East (with the obvious exception of war zones) rarely involves bombs and bullets. Terrorist incidents are rare. 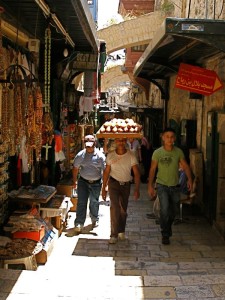 Daily life in the Middle East involves buns rather than guns (Seetheholyland.net)

Airport security for flights to and from the Middle East is very thorough (especially for flights leaving Israel). Governments in the area take the safety of visitors very seriously. There is probably more risk in driving from home to the airport than while on pilgrimage.

Tour buses are in constant contact with their headquarters. Tour operators monitor potential trouble spots; if they feel there might be a problem, they will contact the guide and driver and reroute the group to avoid the area.

But there have been historical tragedies. When a fire broke out in the Church of the Holy Sepulchre in Jerusalem in 1840, dozens of people were trampled to death in the rush to get out through the only exit. And in 1893 a group of Russian pilgrims passing through Samaria were caught in a hailstorm. Twenty-five perished.

Travel insurance policies may exclude coverage in countries (or regions of countries) that are the subject of travel warnings. Your travel insurer can advise you.