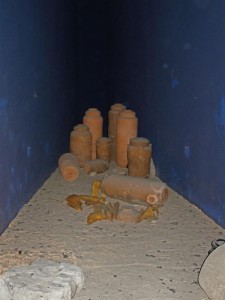 Qumran is famous as the hiding place of the Dead Sea Scrolls, a literary treasure trove hidden since shortly after the time of Christ.

A Bedouin goat- or sheep-herder by the name of Mohammed Ahmed el-Hamed found the first scrolls in 1947, when he threw a rock into a cave in an attempt to drive out a missing animal. The sound of breaking pottery drew him into the cave, where he found seven clay jars containing scrolls that had been wrapped in linen for nearly 2000 years.

Eventually, fragments of about 850 scrolls were found in 11 of the hard-to-reach caves that pockmark the cliffs of the Qumran area. A 12th cave, its contents looted, was found in 2017.

The ancient manuscripts were in various states of completeness. Only a handful were intact, the largest more than 8 metres long. Most were written in Hebrew, some in Aramaic and a few in Greek. Most were on parchment, with a few on papyrus. They had been preserved by the hot, dry desert climate.

The scrolls include at least fragments of every book of the Old Testament except the book of Esther. The oldest existing copies of the Old Testament, they generally confirm the accuracy of later manuscripts. Other scrolls also give a new insight into the Jewish society in which Christianity began.

Essenes were ‘unique and admirable’

Who hid the scrolls at Qumran? Academics have hotly debated this question. The prevalent view is that the scrolls were written or copied by a devout group of Essenes, a strict Jewish sect formed in reaction to what they saw as religious laxity in Judaism.

The Essenes at Qumran lived an austere lifestyle in their remote desert surroundings.   Study of the Jewish Law went on in shifts around the clock.

The community gained the admiration of the Roman statesman Pliny the Elder, who wrote: “They are unique and admirable beyond all other peoples in that they have no women, no sexual desire, no money, and only palm trees for company. Owing to the influx of newcomers, they are daily reborn in equal numbers.”

The Essenes believed the end of the world was imminent. They never married because they wanted to be ritually pure when the Messiah appeared. 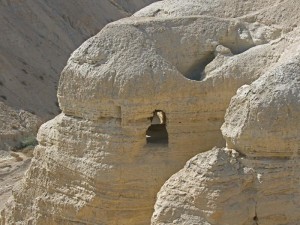 The Qumran community was driven from its wilderness retreat by the Romans in AD 68, leaving its library of scrolls hidden in caves for safe-keeping.

Although the Essenes existed during the time of Christ, none of the scrolls refer to him or to any other New Testament personality.

Ruins of the sect’s communal site remain, including a watchtower, a dining hall, cisterns and cemeteries.

Visitors can watch a short film on the Essenes and view a small exhibition before going to the archaeological site. From there, the caves above can be seen.

Where are the scrolls now? Most are in Jerusalem (eight at the Shrine of the Book, where pages are regularly on display, and the others at the Rockefeller Museum). Some are in Jordan and Europe. 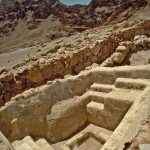 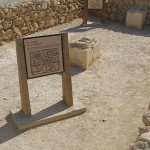 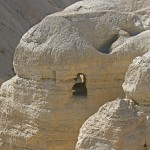 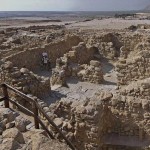 Looking from the guard tower to the scriptorium (© Custodia Terrae Sanctae) 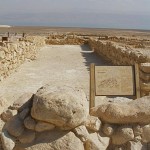 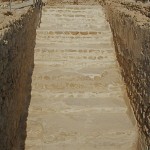 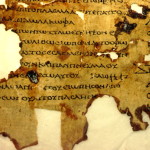 Fragment of scroll found at Qumran 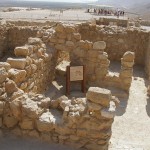 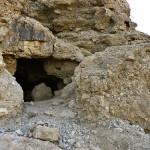 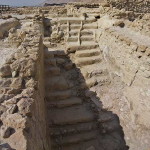 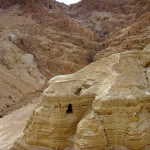 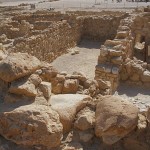 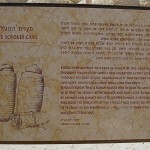 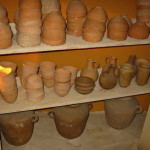 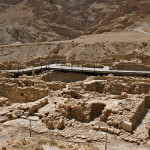 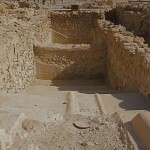 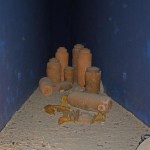 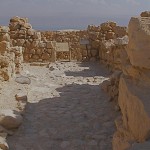 Inside the scribes’ room (Seetheholyland.net) 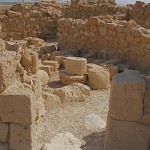 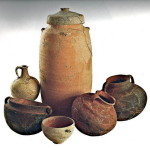 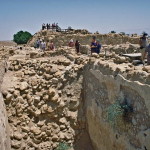 Community buildings with cistern in foreground (© Israel Ministry of Tourism) 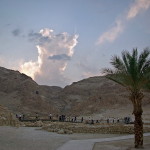