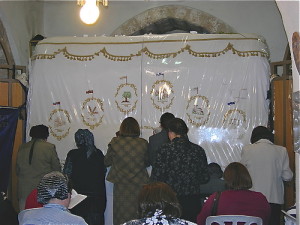 The death of Rachel, beloved wife of the patriarch Jacob, is remembered on the Jerusalem-Hebron road north of Bethlehem. The tomb, a small building with a white dome, is now hidden behind a long bunker-like structure with guard towers and barbed wire. The access road is hemmed in by high concrete walls.

The book of Genesis recounts that Jacob and his family were travelling from Bethel when Rachel was about to deliver her second child:

“When she was in her hard labour, the midwife said to her, ‘Do not be afraid; for now you will have another son’.” (Genesis 35:17) But Rachel died giving birth to Benjamin, and Jacob erected a pillar at her grave.

Over the years, the Tomb of Rachel has been a place of pilgrimage for Jews, especially women unable to give birth. A Jewish tradition says Rachel’s tears have special powers, inspiring those visiting her grave to ask her to cry and intercede with God.

The tomb with its dome and olive tree became a Jewish symbol, appearing in thousands of publications and on the covers of Jewish holy books. 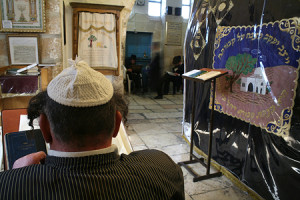 There is disagreement over the actual place where Rachel was buried. Some maintain it was further north, near the present village of A-Ram.

Nevertheless, the site of the Tomb of Rachel on the edge of Bethlehem has been venerated for centuries by Jews, Muslims (who claim it as an Islamic site) and Christians.

All three faiths have had a hand in its construction.  The earliest construction over the tomb, a square building with arches and a dome, was erected by the Crusaders. Previously the place seems to have been marked by a small pyramid.

Tomb has been fortified 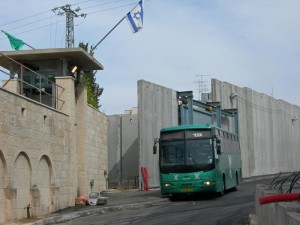 The Ottoman Turks allowed only people of their own faith to enter the tomb after they expelled the Crusaders. But in 1841 Sir Moses Montefiore obtained the keys for the Jews and was given permission to restore the tomb.

The tomb has been the scene of fighting between Palestinian and Israeli forces and in 1997 the building was heavily fortified.

When Israel’s separation barrier was erected, its high concrete walls cut Rachel’s Tomb off from the rest of the West Bank. Access for visitors is available only from Jerusalem. Men and women have separate visiting areas.

The present tomb consists of a rock draped with velvet. Eleven stones on it represent Jacob’s 11 sons who were alive when Rachel died.

Open: All day, every day, except for Shabbat and religious holidays, and from 10.30pm to 1.30am Sun-Thurs. 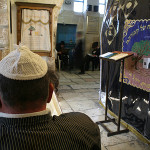 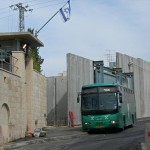 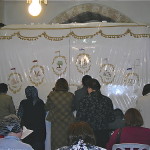 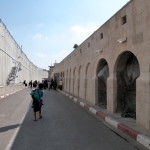 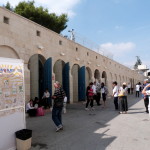 Entrance to Tomb of Rachel (Seetheholyland.net) 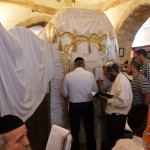 Men at prayer in Tomb of Rachel (Seetheholyland.net) 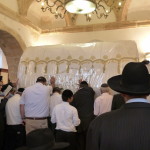 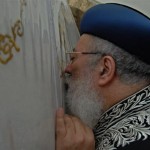 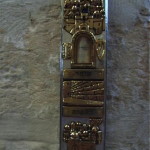 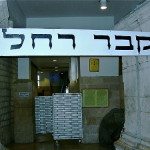 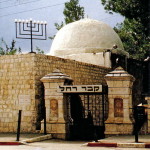 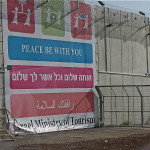 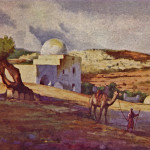 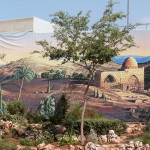 Wall hanging shows Tomb of Rachel as it used to be (Seetheholyland.net)