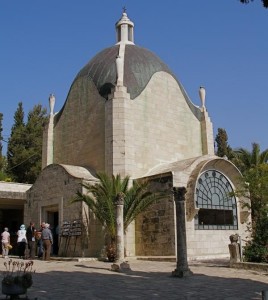 The little teardrop Church of Dominus Flevit, halfway down the western slope of the Mount of Olives, recalls the Gospel incident in which Jesus wept over the future fate of Jerusalem.

This poignant incident occurred during Jesus’ triumphal entry into Jerusalem on the first Palm Sunday, when crowds threw their cloaks on the road in front of him and shouted, “Blessed is the king who comes in the name of the Lord!”

Looking down on the city, Jesus wept over it as he prophesied its future destruction. Enemies would “set up ramparts around you and surround you, and hem you in on every side . . . crush you to the ground . . . and they will not leave within you one stone upon another; because you did not recognise the time of your visitation from God.” (Luke 19:37-44)

Within 40 years, in AD 70, Jesus’ prophesy was fulfilled. Roman legions besieged Jerusalem and, after six months of fighting, burnt the Temple and levelled the city. 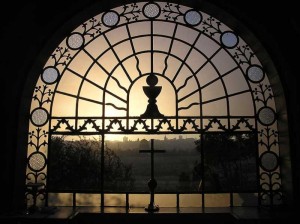 The panoramic view from the Church of Dominus Flevit (Latin for “the Lord wept”) makes it easy to imagine the scene as Christ looked down on the city.

• Rising proud behind the city wall, in the place of today’s Dome of the Rock, stood the Temple — a gleaming vision of white marble and gold facings, huge bronze doors and colonnaded porticos.

• Beyond rose the grand Hasmonean palace, then serving as the Praetorium, and Herod’s Upper Palace with its three enormous towers.

• And in the houses and the streets were the men, women and children of Jerusalem, unaware of the fate that was to befall the Holy City.

Italian architect Antonio Barluzzi symbolised Christ’s grief over the city by designing the Dominus Flevit Church in the shape of a teardrop, with tear phials on the four corners of its dome. 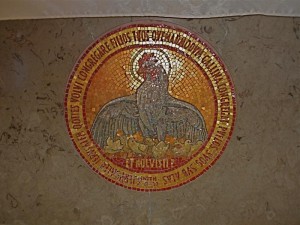 At the foot of the altar, a mosaic of a hen gathering her chickens under her wings recalls Christ’s words “Jerusalem, Jerusalem, the city that kills the prophets and stones those who are sent to it! How often have I desired to gather your children together as a hen gathers her brood under her wings, and you were not willing!” (Luke 13:34)

Behind the altar is a much-photographed picture window overlooking the city. The cross and chalice in its arch-shaped design focus not on the Dome of the Rock but on the Church of the Holy Sepulchre.

The Church of Dominus Flevit was built in 1955, but occupies an ancient site. It stands on the ruins of a Byzantine church from the 5th century, dedicated to the prophetess St Anna, and in an area of tombs dating back as far as 1600 BC.

Examples of the two types of tombs discovered by excavators have been left visible.

Also unearthed were the remains of an elaborate mosaic floor from the Byzantine church. It has been preserved, to the left of the entrance.

The mosaic is richly decorated with intersecting circles and pictures of fruit, leaves and flowers.

An inscription in Greek refers to Simon, a “friend of Christ”, who “decorated this place of prayer and offered it to Christ our Lord for the forgiveness of his sins and for the repose of his brother . . . .” 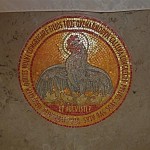 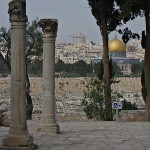 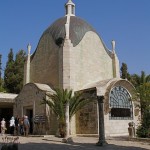 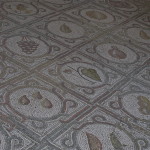 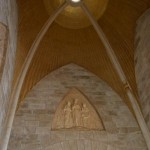 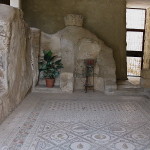 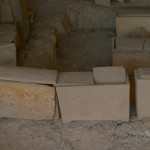 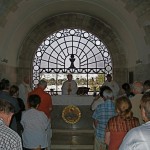 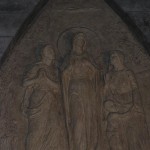 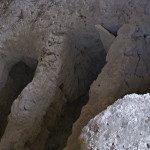 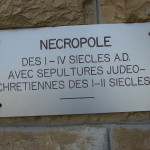 Notice for tombs at Church of Dominus Flevit (© Deror Avi) 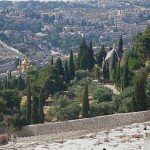 Dominus Flevit and the Church of St Mary Magdalene (Seetheholyland.net) 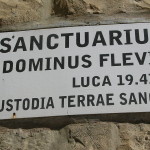 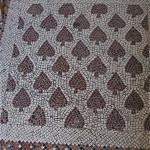 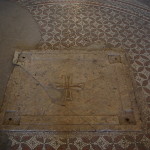 Cross in floor at Church of Dominus Flevit (© Deror Avi)