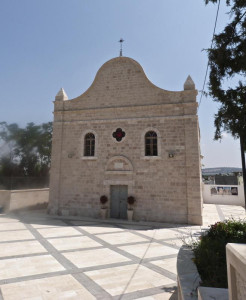 The tiny Galilean village of Nain is remembered only because here Jesus brought back to life a widow’s son as he was being taken out through the town gate to be buried.

Jesus met the funeral procession carrying the young man’s body — “his mother’s only son, and she was a widow” — and had compassion for her  (Luke 7:11-17).

The place where the miracle occurred is 7km south-west of Mount Tabor, up a steep road. The village (also known as Naim) looks out on to the Plain of Jezreel.

Eusebius, the bishop of Caesarea, identified the location in the 4th century, noting that it was not far from Endor, where King Saul of Judah consulted a medium before his final encounter with the Philistines, described in the book of 1 Samuel.

No gate has been found

Although Luke’s account says Jesus raised the young man near the town gate, no evidence of a gate or wall has been found. Either the gate belonged to a simple enclosure or the word was used figuratively, referring to the place where the road entered the houses.

The first recorded account of a pilgrim’s visit is anonymous (probably by Egeria, who visited the Holy Land as a pilgrim around AD 380). It says: “In the village of Nain is the house of the widow whose son was brought back to life, which is now a church, and the burial place where they were going to lay him is still there to this day.”

After the fall of the Latin kingdom in the 12th century, Nain became a Muslim village (as it remains).

A French monk who visited the place in 1664 related: “In the village are one hundred Arab families, wild as leopards, and therefore only few Christians come. And there is no sign of the house of the widow.” 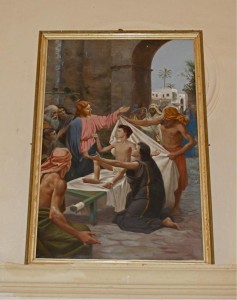 When the Franciscans in 1880 acquired the ruins of an ancient church, which had at one time been converted into a mosque, they were helped by the head of the village.

A report in the Vatican newspaper L’Osservatore Romano described him as “an honest Muslim with a good heart who gave permission to take water from the only nearby source and stones from his own land — both water and stones as much needed for the building as they are scarce on the site”.

The Franciscans built a simple, rectangular church. Inside, two paintings depict the miracle in different styles.

West of the village, about half a kilometre away from the houses, are tombs cut into the rock on the flank of the mountain. The cemetery was in this area and the funeral procession Jesus met would have been making its way in this direction.

Open: After the church had remained closed for several years, the Franciscans in December 2019 announced plans to eventually have it open every day. In the meantime the key is held at the Franciscan sanctuary on Mount Tabor. 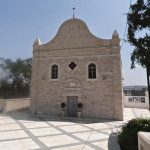 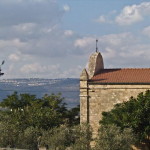 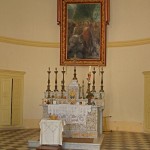 Inside church at Nain (Seetheholyland.net) 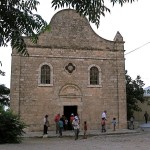 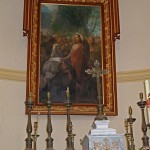 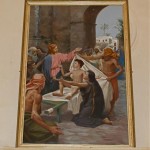 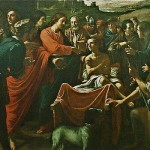